Our approach is to explore and experiment with the familiar, creating new experiences from recognizable models. We tailor events so that no one is a bystander. Engagement and interaction are encouraged and we aim to awaken the artist and child in all who attend an Anarchitype Production. We love to collaborate with venues and other creatives to help their ideas come to life. 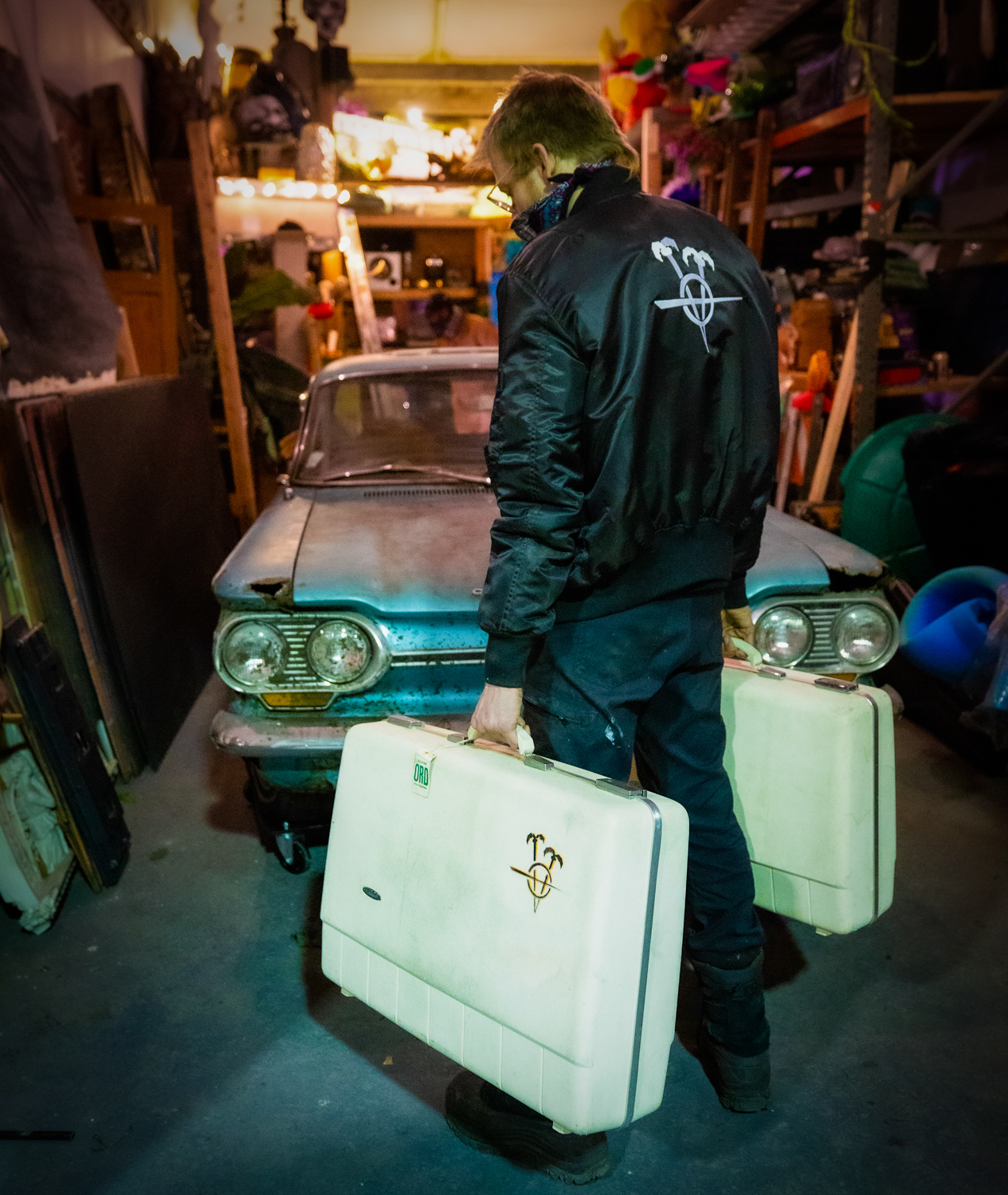 A.J. Tarzian is the founder and Head Environmental Designer for Anarchitype Productions, a Chicago-based interactive design company. Originally from Skokie, IL, A.J. received his BFA in Scenic Design from DePaul University in Chicago. Most graduates from his department go on to work with the likes of Cirque Du Soleil, work their way up to Broadway or try their luck at making it in the film industry, but when deciding how to put his talent to work, A.J. went a different route. No doubt, A.J. has a lot of respect for conventional theater, and considers it the amalgamation of the high arts, but rather than design sets for the small subset of people that are already into theater, he wanted to bring art to the masses, in bars, at festivals, and underground events.

A.J.’s first forays into interactive art were helping to orchestrate site-specific plays where “the art comes to you”. He and his theater friends would orchestrate storefront or living room shows where there wasn’t a stage to separate the audience from the actors. This was a step in the right direction, but A.J. knew that for the art to have a true impact the audience needed to be participants. This idea, that we are all artists whether we know it or not, spawned A.J.’s first successful enterprise in the realm of interactive art: Soul MasterPeace.

Some Cool Events We Designed:

Check out our social media pages to see what else we are up to:

“Whoever was in charge of designing this popup put a lot of heart and soul into it, and I applaud and appreciate you, because I was almost in tears by how true it all was to the show.”

“The place is an Instagrammer’s dream”

“The drinks and atmosphere were absolutely amazing, down to the very last details! I look forward to seeing what other kinds of fun pop-ups this group can create!”

“The decor was perfect! We definitely enjoyed ourselves”

“The decor and atmosphere were great!”

“The Stranger Things themed bar was like walking into a dream!”

“Lots of attention to detail in the decor. Super cool.”

Great concept. It was like being on the TV set!

The decor was out of this world. Really really cool.

Freaking amazing. Loved the decor, drinks, and everything. So well done!

“Art used to be something that we did around the fire. We told stories. We played music. We danced. All of us were artists. Then one day someone built a stage and the audience took their seats. A line was drawn between “creators” and “observers”. But we can all participate in the creation of art. It is our birthright, a calling we either choose to ignore or explore.”